Sharing Favors In Lieu Of Money 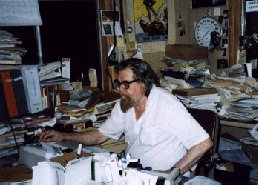 I just read an AP article called “Short On Cash? Bartering is Making a Comeback” which notes bartering ads on craigslist.org are up over 100 percent. It states bartering can be less expensive than buying because there are few overhead costs. However the IRS considers barter dollars as identical to real currency for tax reporting and barterers must obtain a special form, the 1099-B and pay income tax on certain items or services you barter. As you know, the Federal Reserve and its IRS is the heart of the Illuminati Beast and we know full well their sinister plan to mark every individual with an implant, “The Mark Of The Beast” Awareness fully explained in the Gathering Storm readings.

(Be sure to read through this explanation before engaging in bartering, swapping or gifting.)

This plan will be executed when everyone is out of work and no employer could sell goods because there is no money to buy with. We have been close to this scenario several times in the past, but never was it as bad as today’s economy. Back in 1979 the Illuminati almost pulled it off and it was around then that Cosmic Awareness gave the Interpreter Paul Shockley a program on how to use favors in lieu of money.

CAC published a 10 page booklet Paul wrote on how to ride out the storm, called Saving Fortunes by Sharing Favors (How to Side-Step the Coming Depression and Profit in the Meantime).

“A ‘must’ for every individual, group, organization, business, corporation, and especially non-profit organizations whose memberships depend on them during the difficult time when money becomes scarce and friends hard to find. This manuscript can be the answer to the future prayers of multitudes, but only if it is read now…for tomorrow may be too late.” Those were Paul’s words on the cover.

When this booklet was released it was a jolt in consciousness for it caused many entities and groups to start FEAST centers which enabled entities to barter goods and services with one another using spoken and written “favors” instead of money. Essentially, there are different ways a favor can be granted. A gift is a favor, whether it is a gift of time, energy, advice, goods, property, service, or information. But it is only a favor if it is wanted by the one who receives it. Likewise, a loan can be a favor, also sharing of property, space, or other energies can be a favor to one who desires them. Likewise the exchange of skills, transferring of products, trades of goods, time or other valuables can be expressed as favors if both parties agree that the other gave them a favor. An unwanted gift, advice or service is not a favor. People can ask for favors, offer favors, and give conditions under which they will give or receive favors.

Nothing prevents people from negotiating favors they have to give, or of presenting contracts and agreements to record those negotiations. Favors can be recorded and placed on record or recorded as contracts between people who want to do favors for one another. People can owe favors to each other. How many times have you heard it said, “You owe me a favor, remember.” This means that you do not have to have your favor returned immediately if you do not need it. Also, you may wish to save up favors “owed” to you and use them all at once for something more important, something big later on. In other words, favors can be stored and saved, particularly when records are kept so that people do not forget who owes who. It is possible for people to agree upon the value of a favor; it is necessary if a harmonious exchange is to occur that each agrees on that value. Paul’s booklet outlined rules and premises on how to establish FEAST centers and get started sharing favors.

After arguments were presented, the IRS admitted that favors would not be taxable, that everything else entities acquired by barter were taxable.

When this information was released it brought federal surveillance to CAC and death threats to Paul. Two artists living on his property reported men in black with rifles were seen numerous times on a hillside watching Paul’s home. The FBI and Secret Service came to CAC several times with questions. Those were scary times and the Powers That Be were obviously alarmed at the idea of FEAST centers and sharing favors and that the information was being spread by SPIRAL groups and by the Internet which was just beginning.

I have a very strong and persistent feeling that the time has come again for these FEAST centers to get rolling.

Awareness is telling us we need to organize and stick together, get out of the big cities and into the woods and rural areas. Many organizations are doing this, learning how to live off the land and barter for things because money is so scarce these days. My plan is to send copies of Paul’s booklets to the SPIRAL people I know of who are still spreading information as well as putting the entire booklet on the CAC website cosmicawareness.org in hope that entities and other organizations will download and use this information and spread it even further. Time is indeed running out.

I am reproducing what Paul Shockley wrote as the booklet “Saving Fortunes by Sharing Favors” on this website, or you can contact others who might be promoting this information. We will let you know and post this information. I suspect some SPIRAL people will be checking in.

There is a lot of stuff I could write and rant about, but not today. As the economic news gets more grim by the day, we all know where it is heading and propping up the banks and auto companies and everyone else that’s going broke, isn’t going to get the job done. Unity and people power and magic and miracles can and these are all at work as I speak. The advice from Awareness still stands: Rise above the current times and don’t get swept away.

For CAC, Yours In The Service, Avaton

GET YOUR COPY - $5 Donation